Professor Grant Lundberg’s work on the Haloze dialect of Slovene brings to a wide audience of readers, both domestic and international, description and analysis of an area of striking linguistic variation to be mined for its many fascinating peculiarities. In general, Slovene language variation would be a candidate for the Guinness Book of World Records, if such a category were to be measured. In addition to bringing valuable data to the attention of the English-reading scholarly community, Lundberg’s innovative approach combines traditional dialect description, based on his own field research undertaken over more than a decade, with interdisciplinary analytical techniques from experimental phonetics, sociolinguistics, and cognitive linguistics. Moreover, his scholarship encompasses both the native linguistic tradition as well as the broader linguistic literature. Thus we have a synthesis of data gleaned from face-to-face interviews with native speakers as well as well-designed surveys eliciting sociolinguistic data including, for the first time in Slovene linguistics, perceptual dialectology. The book’s findings deserve to be integrated into the literature on language variation and change both by Slavists and generalists. 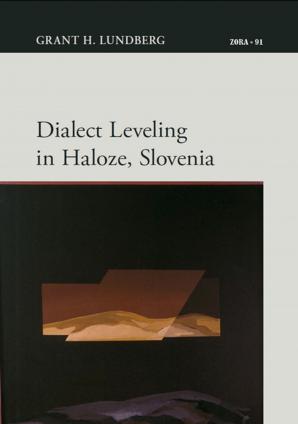